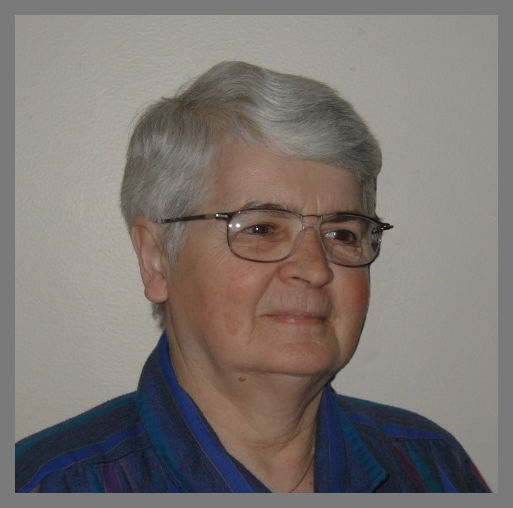 “Rejoice in my joy: I have entered into the light” (Antiphon 21 January)

She was 91 years of age with 69 of religious profession.

Born in Disraeli, Quebec, she was the 8th

of the 11 children of Albert Couture and Léa Martin.

Olivette knew little of her father except that he was a soldier in the US military. Olivette’s mother died when she was 7 years old. In her words, “After the death of our mother in 1936, the family was dispersed.  I was adopted into the Roy family, unknown by any of us, on April 19th, 1936. They were farmers who had a 17 year-old son.  I was well received, spoiled and loved by the three members of this family.”

Olivette attended the local school and after the 7th grade, she went to the village convent administered by the Sisters of the Holy Names of Jesus and Mary. At the age of 20, after having made a retreat, she entered the SNJM Congregation where she received the name Marie-du-Sauveur. The Novitiate was difficult for her. Olivette’s teaching career took place back in the Eastern Townships: East-Angus, Disraéli, Scotstown, Sherbrook and Waterloo.  She lovingly taught the first grade for 22 years.

“Sister Marie-du-Sauveur “adored” her pupils and her children loved to learn. Gentle and attentive, she took care of each child.”

Upon retiring from teaching, Sister Olivette served in multiple ways as seamstress, sacristan, maintenance manager, and driver for the Edouard-Montpetit Residence.  Throughout the 9 years she lived at St. Émélie Residence she helped out, in a number of ways, those who had difficulty.

“Sister Olivette was not a complainer. For years, she suffered greatly from back problems without talking about it. She remained benevolent, friendly, effective and productive. A good driver, she was punctual, very patient at the wheel, always in control of herself.  “Sister Olivette knew how to be content with little.”

Eight years ago, Sister Olivette was welcomed into the infirmary. While her health gradually declined, she devoted a lot of her time to prayer ministry, always acknowledging with gratitude the care she was receiving. Discreetly, Sister Olivette totally surrendered her life which she had already dedicated to the Name of Jesus.