Since its founding in 1843 by Eulalie Durocher (Blessed Marie-Rose Durocher), the Congregation of the Sisters of the Holy Names of Jesus and Mary (SNJM) has always promoted education with special attention being paid to each person’s full development. Early members of the first congregation of teaching women religious founded by a Canadian woman responded to calls from local communities by providing access to education for young people, especially girls living in rural areas.

At the time, Eulalie Durocher, now known as Mother Marie-Rose, was already convinced of the positive impact that the education of girls would have on families and society.

The “Educators for Life” signature specific to the SNJM Sisters of the province of Quebec refers to this mission of educating in order to develop autonomy, freedom and justice.

It is a call to promote the right of everyone to have access to an adequate and quality education – girls as well as boys, here as well as elsewhere.

It is also a call to witness that, wherever she might be, an SNJM Sister is always committed to helping others to develop their full potential so that they, in turn, can transmit the values ​​of openness, respect and justice. 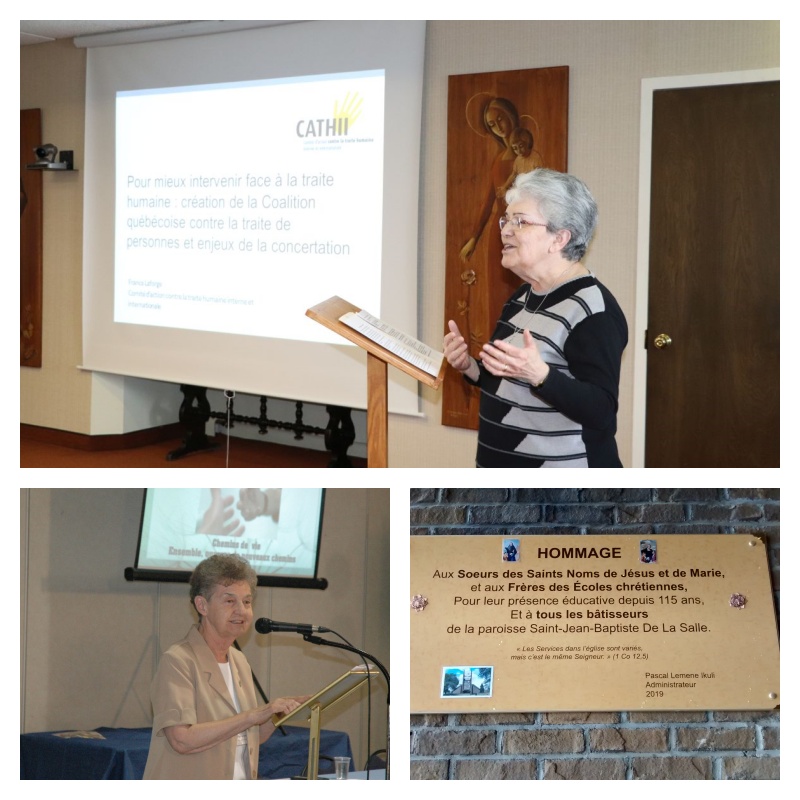 For many years now, the Sisters of the Holy Names of Jesus and Mary (SNJM) in Quebec have also worked outside the formal structures of education.

Among the causes they are committed to is the promotion of social justice in various forms, such as the fight against human trafficking; raising awareness of and welcoming migrants and refugees; and affirming the human right to clean drinking water. These three causes are also the subject of corporate stands taken by the entire Congregation. In addition, the Sisters work with networks advancing issues that particularly affect women.

Their action extends to many other areas as well, including pastoral work and spiritual accompaniment. In every case, however, there is one constant: SNJM Sisters work in solidarity with others. They expand their circles of collaboration to help build a more just, more humane society. They favour structures that “will liberate life where it is threatened.” (Extract from the Acts of the 34th General Chapter – 2016)