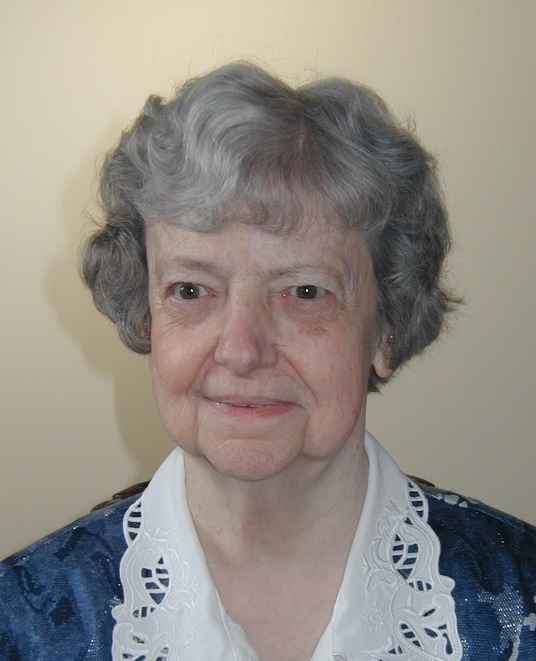 “Like a deer that longs for running streams, so my soul longs for you, my God” Ps. 42:1

She was 90 years old and had been professed for 64 years.
Born in Montreal, she was the youngest of five children
of Rosario Rivet and Antoinette Desbiens

Younger than her three brothers, Denise looked up to her older sister Thérèse, the eldest of the children. She admired her older brothers and especially her mother for her talents as church organist and as cook. From her mother, she learned to cook as well as take care of the house. The family prayed together and her parents gave her a hunger for God.

Denise attended the Baril and Stadacona schools and appreciated her teachers. Annual school retreats helped confirm her choice to give herself to God. When she left school, she worked for two years as a monitor at some of the playgrounds in the city of Montreal. In her free time, she liked to take the neighbor’s baby for a walk.

Denise entered the novitiate of the Sisters of the Holy Names of Jesus and Mary at age 24. She joined an aunt and her sister Thérèse (Antoinette-du-Rosaire) who preceded her. When she received her habit, she was given the name Thérèse-du-Sacré-Coeur.

From early on, Sister Thérèse taught at the primary level and quite often taught only boys which she really enjoyed.  Following 21 years of teaching, she was called home to take care of her aging parents. During those seven years, she rediscovered her talent for housekeeping and became an excellent cook.  She was kind, thoughtful, affectionate and attentive to their needs.  After she left, returned to the convent in St. Hilaire.

After the death of her parents, Denise moved to Marie-Rose Durocher Residence where for the next 31 years, she lived with community, worked in the finance office and as an assistant pharmacist at the Motherhouse.

“A good companion, Sister Denise was known forbeing discreet, friendly, and having a good sense of humor.  She loved reading the lives of saints and watching religious programs on T.V.”

At the age of 88, Sister Denise was admitted to the infirmary at Maison Jésus-Marie and continued her ministry of prayer according to her abilities. Her condition deteriorated quite quickly. She was ready to join the Sacred Heart whom she loved so much.