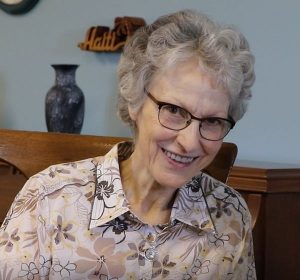 Called to offer numerous formation sessions in several organizations, including the Montreal Inter-novitiate, the Montreal Institute of Theological Formation, and the Dominican Pastoral Institute, Sr. Yolande Frappier has an impressive track record in psycho-spiritual accompaniment. However, throughout the years, she has experienced a definite shift in her various groups as more and more students have their origins in  numerous other countries throughout the world

Sr. Yolande illustrates, with the following example, the many challenges she has faced in her ministry during the past ten years. While leading a listening activity in class, a student from Vanuetu remarked, “You ask us to speak privately with another person. In my country, we never do that. We never even use the term listening to each other.”

For Sr. Yolande, this is a new reality that forces her to look for ways to welcome others with their own particular perceptions and sensibilities. All these young people have dreams of academic success in a particular field. We need to respond to their requests and aspirations and show our loving care by supporting their efforts as they pursue their goals.

Sr. Yolande’s first challenge was to adapt her pedagogy to the diversity of cultures gathered in her classes. She had to find ways to illustrate concepts so that they would be understandable to people who do not have the same cultural references as we have.

Because of her contact with this great cultural diversity in her various groups, Sr. Yolande was led to create new strategies in order to understand what speaks to these people. At the same time, she experienced several awakenings. One of them refers to the predominant place of culture. “It’s fascinating to see the extent to which family and social culture permeate people’s thinking and acting.”

Aware that the father’s culture generally prevails, Sr. Yolande sometimes chooses not to interfere when a student relates a seemingly “reprehensible” action upheld by the fundamental beliefs of that student’s culture. She realizes that “you cannot go against culture”. 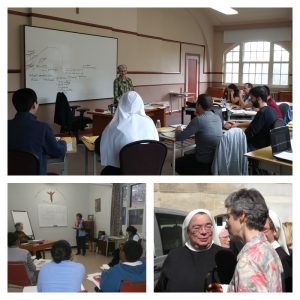 Admiring the beauty of each person

These multiple intercultural encounters are a source of challenge, but also a source of wonder and of beautiful discoveries. As she accompanies the young Missionary Sisters of the Immaculate Conception (MIC), Sr. Yolande marvels at their desire to discover their own personality and to build fraternal bonds in order to ensure a better future. “I admire them.” They accept to examine the wounds in their lives and seek means of drawing grace from these wounds, rather than allowing them to become burdens for life. They have a psychological and spiritual resiliency that makes them able to confront the truth and to be led beyond the heaviness they might feel.

Her work with various organizations also leads Sr. Yolande to discover new avenues and/or to develop and explore diverse approaches within a context of interculturality. 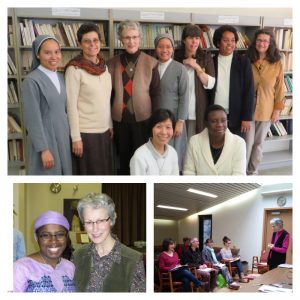 A lived experience that nourishes

In a ministry that leads her to readjust constantly and to experience many new beginnings, Sr. Yolande Frappier focuses on offering new reference points to her students. However, she notes, “What amazes me is what I receive from these people. Because of my encounters with them, questions arise that cause my perceptions to evolve. I am called to reflect on questions from a broader, even worldwide context, something I would never have done if I hadn’t been plunged into this intercultural world.”

Sr. Yolande goes further in her reflection by adding “The intercultural context brings me to a new level of sensitivity to the experience of the other. Most of these students, though still young, have endured severe hardship. Their experiences become a “source of life” for me in my own life story. In short, what animates me is not so much the content presented as an experience of relationship in which the reality of giving and receiving intersect. That’s what gives me life. “

Sr. Yolande doesn’t dare think of a day when she might have to stop this movement in her life. She says she is ready to find new ways to continue her journey.

“It’s a grace and a privilege to encounter such a variety of cultures in educational groups and to believe that I can offer these students a significant curriculum adapted to their needs and aspirations.”

“This experience nourishes me in many ways, offers me a constantly expanding richness, and moves me to continue my discovery of people from elsewhere. I see it as the sharing of a vital force beyond borders.”