Beaulne, Micheline – A mission of encounter with families… 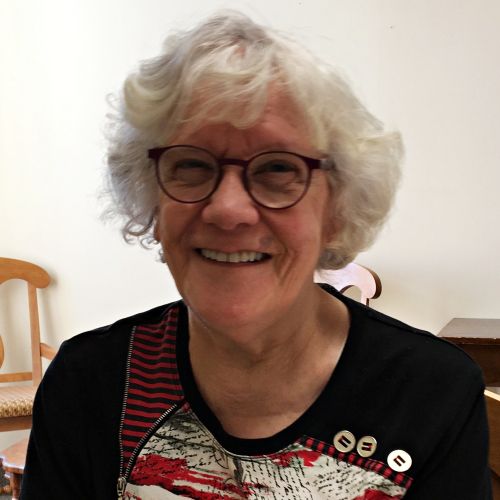 “Couples taught me what prayer is.” Sr. Micheline Beaulne used these words, uttered with humor, to explain one of the things she discovered from her ministry at the Family Service Center in Ottawa. Further elaborating on the idea, she gave the analogies of a couple embracing and of a mother holding her child tightly in her arms, with eyes closed, centered on the moment so that nothing else exists. The couple and the mother find their happiness in living the present moment. . “This is prayer, closing your eyes, being in silence before God and experiencing the happiness of this relationship deep within you.”

Founder of the Family Service Center established in Ottawa 25 years ago, Sr. Micheline Beaulne set up a marriage preparation program which is still well attended in the area today. Her task of supervising couples in the preparation of the sessions was enhanced by the fact that she greatly appreciated being around these volunteers. She realized that “the most important thing in communication isn’t always the content of the message, but rather the relationship between two individuals trying to touch the heart of the other.”

Sharing her reflections, Sr. Micheline said, “Human love is centered on the other.” While emphasizing the importance of bonding, she added, “A relationship with God puts us in touch with our deepest self. It is a source of great happiness,” if we allow ourselves this quiet time of interiority despite living in a society which encourages us to be in perpetual motion. “Today, it seems, people no longer live, they survive,” said this woman who will celebrate her 80th birthday this summer.

The family, a pivotal point in our society 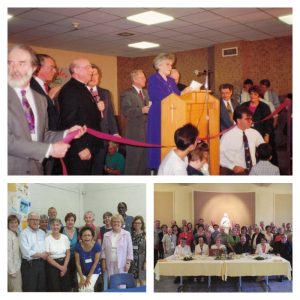 Asked about the reasons that led her to take up the challenge of creating such a service center in Ottawa, Sr. Micheline highlighted two elements that turned out to be at the heart of her life’s journey.

“I think everything originates in the family. Even today, I see how childhood wounds can have a huge impact on a person’s life.” Having the chance to tackle a key element in society has proven to be very stimulating and has been an impetus for creating various services.

The other reason is more of an “inner fire.” From the age of four or five, Sr. Micheline recalls being drawn to “the Infinite”. Today, while we are constantly emphasizing the fight against pollution to promote sustainable development, she focuses on fighting “pollution of the human heart.” Such pollution is fueled by a consumer society, by the race against time, and by fear of the future and of the unknown.

“While we seek happiness outside of ourselves, through the quest for prestige and money, our interior gets depleted and becomes empty,” she stated sadly. She has simply tried, through her actions at the Center, to counter the devastating effects of this “inner void” and to offer others a sense of “the Infinite”.

“I just want to be able to live”

It must be said that Sr. Micheline’s life has been significantly marked by a suicide and an attempted suicide by two students while she was teaching at a boarding school in Montreal. These events prompted her to further her education, obtaining a Bachelor’s degree in philosophy and a Master’s degree in human and spiritual accompaniment.

Her four years of study in Ottawa changed her destiny. She first worked at the Family Office of the Diocese of Ottawa before being chosen to open the Family Service Center six years later.

Hearing a Grade 4 student say, “I just want to be able to live,” was enough to stir up many memories and serve as an impetus for her to change things. The creation of the “Listening Grandparents” program had the effect of partially addressing this problem while, at the same time, helping children discover the joy of reading.

This reading program in Ottawa’s public and Catholic schools brings together adults between the ages of 30 and 85, many of whom are wives of ambassadors from various other countries. In addition to facilitating the establishment of bonds between the adults and children, it has a huge impact on the success of young people from disadvantaged backgrounds.

“How impressive it is to see the children throw themselves into the arms of the volunteers. The young people love them just as much as they love their teachers,” she says with pride. The relationships forged in these meetings are so strong that the young people prefer attending these regular sessions to attending activities such as puppet shows!

Sr. Micheline also recalls the expression of joy on the children’s faces and their incredulous comments when they receive a book on the occasion of the Celebrate Reading activity, organized once a year with the support of the Desjardins Group. She has often heard, “Is this book mine? Can I really bring it home?” These words are a sure sign of the benefits of this program in the lives of these young people.

Develop your capacity for wonder

There is still much more that could be said about Sr. Micheline’s 20 years of commitment to the Center, including the fulfillment of her dream for a program to teach French to immigrant parents and children in public schools.

Invited to speak about the element that motivated her throughout these years, Sr. Micheline spoke of her admiration for her colleagues, the volunteers, the young couples and the children. This admiration gave these people confidence and encouraged them to discover their inner core by not focusing on their hurts and mistakes. She also underlined her desire to cultivate “the capacity for wonder even amidst disorder, tumult, and separations.”

Her approach has undoubtedly paid off if we can judge from the very close ties she still has with a good number of volunteers who correspond with her or visit her. Last year, a group even came to Longueuil in order to take her to the 25th anniversary celebrations in Ottawa.

While she says that she “is no longer of an age to give birth but rather of an age to appreciate it,” Sr. Micheline hopes to continue to serve in other ways. She is looking forward with pleasure to meeting adolescents, aged 14 to 18, at La Maison Jonathan, an organization dedicated to curbing the school drop-out rate. She also continues to render service to her SNJM community.

To find out more about all the services offered by the organization (Centre de service à la famille), consult their website (in French only).