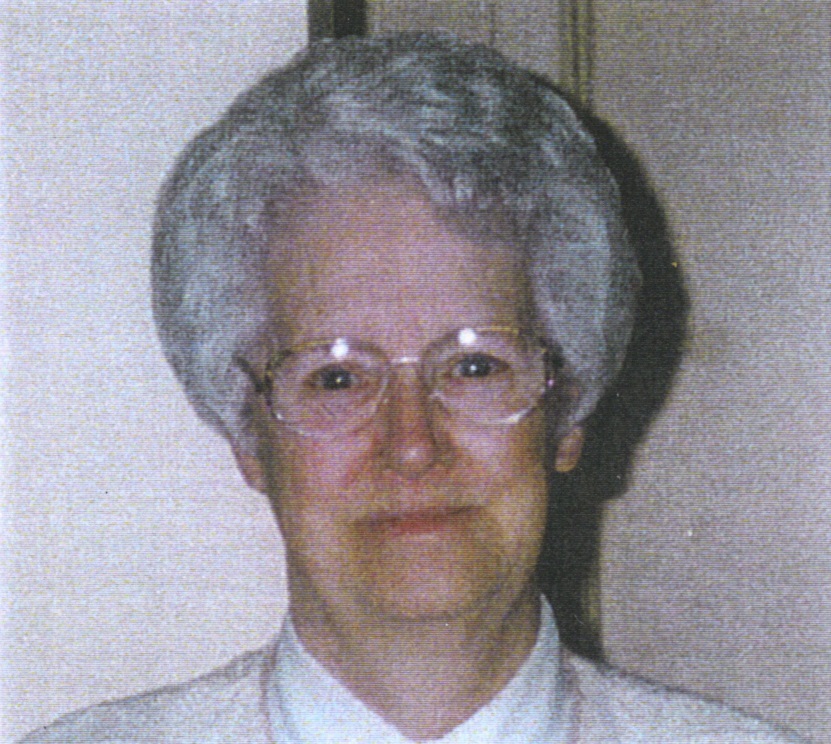 She was 91 years of age, 68 years of religious profession.
Born in Montreal, Quebec, she was the 4th of the 7 children
of Adélard Gagnon et d’Irma Chartrand.

Noëlla grew up in Montreal and went to Chamilly-de-Lorimier school, directed by the Sisters of the Holy Names of Jesus and Mary. After her initial education, she went as a boarder to Valleyfield Teacher’s College.  She entered the SNJM Community with her teaching diploma at the age of 21.

As Sister Ange-Thérèse, she pursued her teaching career for 22 years, mostly in the public schools of the Montreal Catholic School Commission. She also taught High School in Outremont and Marie-Rose boarding schools. Throughout the years, she zealously gave her time for youth movements such as the Eucharistic Crusade, Young Catholic Students and the World Youth Club.

In 1972, Sister Noëlla left teaching to work at the diocesan secretariat of the World Youth Clubs, and also enrolled in pastoral studies.  With this training she was hired by the Diocese of St.-Jerome where she ministered in Adult faith education for 8 years.

“With confidence, Sister Noëlla set to work: she recruited, organized, planned meetings, prepared materials for the participants and experimented with various work schedules. Her zeal inspired Father Jacques Lewis, S.J. to work with her. Together, as the years went by, they taught hundreds of Bible courses, published a regular leaflet ‘Word of God’ explaining, preparing and deepening the Sunday readings. During those same years, Sister Noëlla, along with Father Alfred Ducharme, S.J., accompanied people doing the Spiritual Exercises of Saint Ignatius in daily life.”

Beginning in 1985 in the St. Jerome diocese, Sister Noëlla concentrated on the ministry of the Word with the project “Verbum Dei”. “The promotion of this project nourished the faith communities. Her residence became a welcoming place where the ministry of the Word was lived out with lay people who were engaged and interested. She also responded to other requests share the Word and deepen it: in parishes, detention centers, and retreat centers.  “In this way, she answered the interior call which she had heard for a long time: “Your Word O Lord, nourishes my faith!”

Five years ago, Sister Noëlla was welcomed to the infirmary where she consecrated herself entirely to the ministry of prayer, preparing for her meeting with the God who became Word.