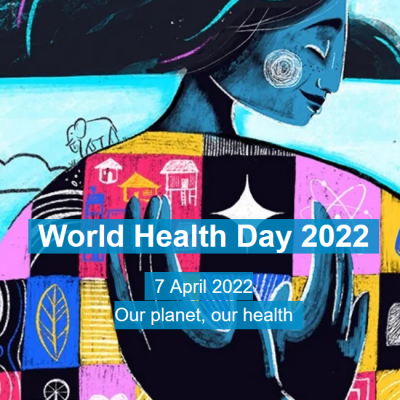 The theme of World Health Day 2022 is “Our Planet, Our Health”. Held on April 7 to mark the founding of the World Health Organization (WHO), the day seeks to bring the attention of the entire international community on what needs to be done to “safeguard the health of people and the planet and to raise a movement to build societies that are focused on well-being.”

Among the issues raised to encourage concrete and rapid action are:

WHO estimates that more than 13 million deaths worldwide are attributable to preventable environmental causes. More than 90% of people breathe polluted air, the result of burning fossil fuels.

WHO invites the public and governments to share examples of actions taken to protect the planet and their health as part of its annual campaign. Under the theme and tagline “Reinvent your world” (#HealthierTomorrow), the organization provides some action items for governments, businesses and individuals.

World Health Day is one of eight global campaigns promoted by the WHO to raise awareness of the various issues: