World Day of Prayer and Reflection Against Human Trafficking 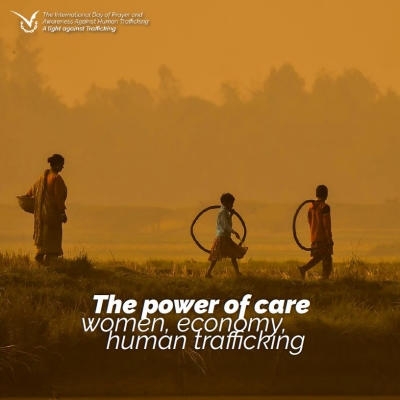 Initiated by Pope Francis in 2015, the World Day of Prayer and Reflection against Human Trafficking is held on February 8. On this same day, homage is paid to Saint Josephine Bakhita.

The latter was born around 1869, in Olgossa, Darfur (Sudan). Victim of human trafficking from her childhood (abducted and enslaved when she was about nine years old), Josephine emigrated to Italy where she joined a religious congregation. Better known to some as “Mama Moretta”, Saint Josephine Bakhita bore 144 scars throughout her life, inflicted during her adventures as a victim of slavery.

The World Day proposes a prayer and a reflection with a musical incursion available here.