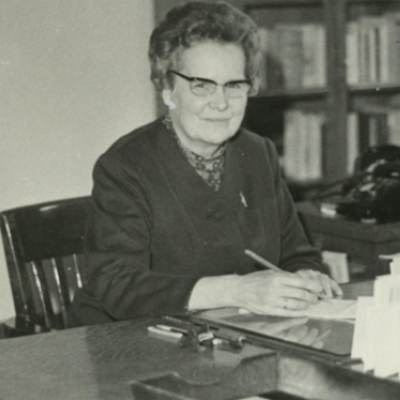 On August 9, 1971, Sr. Marthe Lacroix (Alida-Marie) began her mandate as Superior General of the Congregation of the Sisters of the Holy Names of Jesus and Mary (1971-1976).

Discover the journey of this exceptional woman by consulting the text written by Sr Simone Perras.