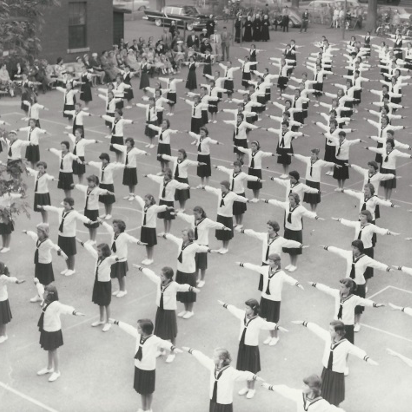 This International Women’s Sports Day highlights the importance given to exercise and the practice of sports activities in the integral development of students. From the very beginning of the Congregation, Mother Veronica du Crucifix mentioned in the SNJM Study Plan: “Physical education must precede or rather accompany domestic, moral and religious education from which it is inseparable. »

An Archive in the Spotlight has been devoted to callisthenia in the SNJM teaching program that you can consult here.

The International Women’s Sports Day was created in 2014 by the French Conseil supérieur de l’audiovisuel in collaboration with the French National Olympic and Sports Committee. It aims to raise public and media awareness of women’s sport, which is largely under-reported in the media. Its main objectives are to promote:

without forgetting to highlight the economic aspect of women’s sport.