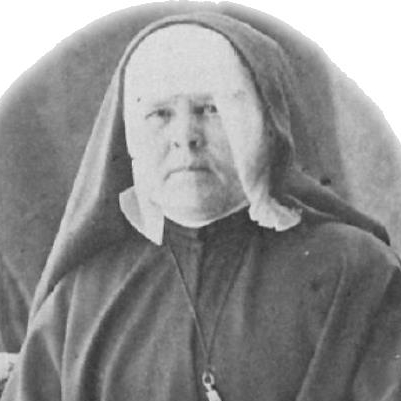 First postulant to join the three founding sisters of the Congregation of the Sisters of the Holy Names of Jesus and Mary (SNJM), Salomé Martin took the name of Thérèse-de-Jésus when she pronounced her vows.

Daughter of a patriot who was reported missing during the troubles of 1837, this woman was recognized as an outstanding educator. She became the 3rd Superior General of the religious congregation. She also distinguished herself by her missionary spirit. Under her leadership, the congregation experienced a significant expansion outside the borders of Quebec, notably with the sending of 12 nuns to Oregon in 1859, barely 16 years after the foundation of the community.

Discover the biography of this admirable woman who died on August 13, 1890.