12 days of action against violence against women 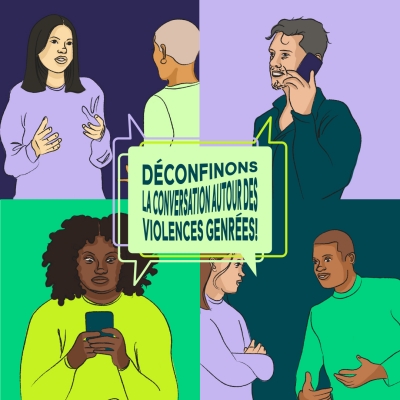 For almost two years, one thing has been clear: the months of confinement and the pandemic have exacerbated violence of all kinds: sexist, sexual, racist, colonial, homophobic, etc. These multiple forms of violence have repercussions for all women, and in particular for those in difficult situations, including women with mental health issues, women living with a disability, homeless women, not to mention Aboriginal women, immigrant women, sex workers, incarcerated women, women without status, and LGBTQ+ people.

In such a context and based on the realities experienced in the field, which demonstrate that rights and protection measures cannot be taken for granted, the 12 Days of Activism campaign of 2021 is more relevant than ever. Tools, courses and events will be part of this campaign, which will be carried out by organizations throughout Quebec, to remind people of the different realities of women in relation to systemic violence.

This year, the 12 Days of Activism Committee is focusing on the theme “Let’s de-confine the conversation around gendered violence!” Several activities are planned during this campaign. The committee, is coordinated by the Fédération des femmes du Québec (FFQ), includes some twenty organizations with field experience and solid expertise in intervening and fighting violence against women while working to defend women’s rights. https://12joursdaction.com/en/

The campaign, also known as the “White Ribbon Campaign”, begins on the International Day for the Elimination of Violence Against Women (November 25) and ends on the day of the commemoration of the victims of the École Polytechnique (Montreal), December 6, 1989. 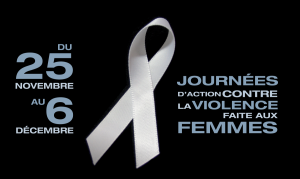