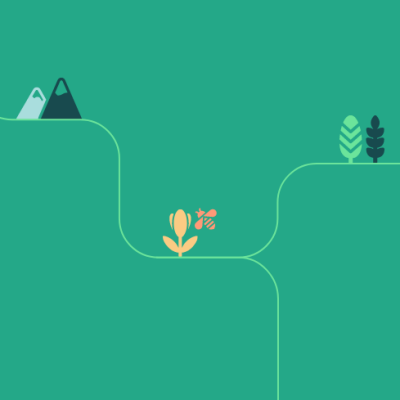 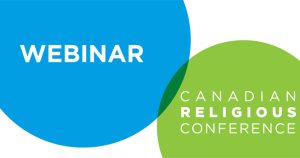 Invited to speak about the commitments of the Congregation of the Sisters of the Holy Names of Jesus and Mary (SNJM) to social justice prior to Laudato Si’, Sisters Claudette Bastien and Lise Gagnon highlighted the diversity and form of these commitments. This sharing took place April 6, during a webinar on the Laudato Si’ Action Platform organized by the Canadian Religious Conference (CRC).

From the outset, Sr. Lise Gagnon posed the question, “Could it be that our experience as Quebec women religious, women at the grassroots, very much linked to justice… we were already immersed in Laudato Si’ when the pope refers to ‘integral ecology’… ecology that is linked to the economy, to politics, to daily life, to the common good, to justice…”

To support this question, Sr. Claudette recalled the adoption of “the three Corporate Stands on Water (2008), on Immigration and Refugees (2017), and on Human Trafficking (2004) that led us to network with other Congregations, for example with those women involved in CATHII.” 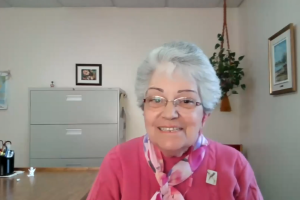 The reflection eventually evolved to the creation, together with other Religious Congregations, of UNANIMA International, an non-governmental organization (NGO) working at the United Nations. This initiative has “allowed us to take part in the sessions on the Status of Women (CSW) and the United Nations Conferences on SUSTAINABLE DEVELOPMENT… and to maintain our openness to international issues.”

Sisters Claudette and Lise’s witness provided an opportunity to point out that the use of fair-trade coffee, biodegradable cleaning products, judicious use of water, etc. had a positive effect on the daily life of the Sisters in the community. Actions, related to social justice, to support the poor are still ongoing. They also referenced the recent campaign 500 Actions Against Trafficking in connection with the anniversary of the canonization of Saint Josephine Bakhita, the assistance to refugees, the support to various campaigns pertaining to homeless women, indigenous people, etc.

In conclusion, they extended an invitation to attend a virtual Laudato Si’ retreat in August with Sr. Lorraine St-Hilaire, an SNJM Sister from Manitoba. Sr. Lise underlined that the purpose of the four or five-day retreat “offered to Congregations, will be to focus on our connection to creation, our theology in the face of a suffocating Earth, a spirituality that  sustains all life and our motivation to remain active in working for a better world.” 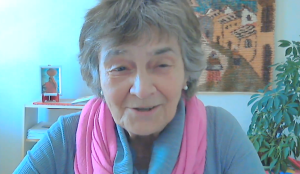 During the discussion period, a Holy Cross Sister encouraged participants to take part in the retreat so as to “look at the spirituality and charism of our Congregations in light of Laudato Si. It was also mentioned several times, that the call for social justice is not new in Quebec; as Religious Congregations have had very close ties with community organizations since the 1970’s.

Other participants noted that Networking is part of the know-how of Religious Congregations in Quebec and has been for a long time. The sharing time was an opportunity to impart knowledge to the younger generation and to clarify the work of the Action Committee against Internal and International Human Trafficking (CATHII).

The purpose of this webinar was to “equip participants to respond” to the call for active participation in the Laudato Si’ Action Platform launched in the Fall of 2021. The webinar was aimed at respondents and members of the JPIC Quebec network as well as at leaders and members of committees dealing with social justice and ecological issues within Religious Congregations in Quebec. The presentation on the platform

was made by Bernard Hudon, SJ, biol. 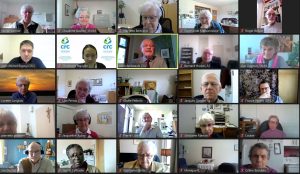