Understanding the Effects of Decolonization by Listening to Indigenous Voices 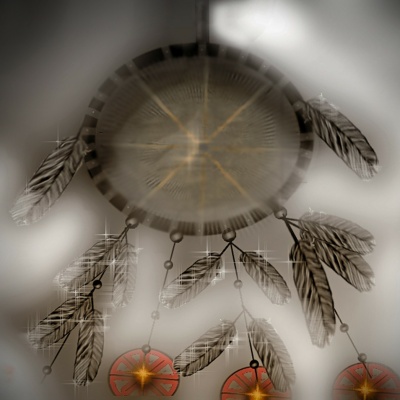 Regardless of where they live in Canada, Indigenous women and men express the same pain: “our roots have been stolen”. The hurt inflicted is evidenced by the many losses, starting with language and culture, and extending to the reduced role and power of women in their society. Whether in Quebec or Manitoba, the impacts of colonization are still felt by children “who are ashamed of who they are and what they see,” said Sheila Chippastance, Saulteaux-Métis.

Sheila participated with two other Indigenous women in the “Listening to Indigenous Voices” conference organized jointly by members of the SNJM Justice and Peace Committees in Quebec and Manitoba. The virtual meeting held on January 24 brought together some 150 people.

Reaching Out Through Emotion

During these two captivating hours, the audience was transported into the universe of the Innu people in Quebec through a televised interview with journalist and author Michel Jean, and the review of three of his books. Realizing that Indigenous people did not know their own history, particularly that of the residential schools, Michel Jean chose to write novels to better help raise awareness of their realities. It is through emotion that people are moved and can better understand the experiences of Indigenous peoples, he believes.

The presentation of three of the author’s books provided a glimpse into his family life and into homelessness in Montreal. The author’s discovery of the plight of the homeless Indigenous led to a desire to learn more and to reach out to them. Other comments included one from a participant hailing from Saguenay-Lac-Saint-Jean who denounced the fact that the white population was left in the dark at the time about the negative impacts of the arrival of the railway on the Indigenous community of Pointe-Bleue (Mashteuiatsh). 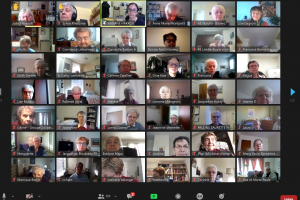 This first part of the conference also included the presentation of two songs on YouTube. One was a rendition of an Ojibwa prayer. The other, titled “Arnaq” (meaning woman), highlighted Inuit singer Elisapie Isaac who pays tribute to the strength of the women of her village and asks them to “never forget where you come from.”

The meeting continued with elder Mae Louise Campbell, an 87-year-old wise-woman of the Ojibwa-Saulteaux Métis Nation. She continues her work tirelessly, in spite of her age. “I’m not thinking about retirement, I have too much work to do,” she said at the outset. As a keeper of the wisdom of Manitoba’s Indigenous grandmothers, she is also co-founder of a training centre dedicated to healing and education.

“We were very educated before the arrival of the whites… we had at heart the sacred aspect of all living beings, the respect towards Mother Earth”, said Mae Louise Campbell, who fights to get back the ancestral power of women. “We were the leaders of our communities and preserved harmony. Colonization took away the power of women.” It also took away a lot of knowledge (e.g., sacred laws) that was usually passed down by women in various ways, including rituals. 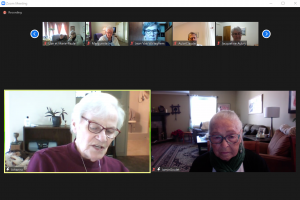 While stressing the urgent need to relearn everything, Mae Louise Campbell insists that we “work together,” while respecting every living being, especially “sacred” children, and the role of women. She invites us to “replace the lies and the myths — to recognize our truths” and hopes that we can now “change the ways of doing things.”

The other two guests, Patricia Mainville, from the Anishinaabe Nation and Sheila Chippastance, Saulteaux-Métis, highlighted the role of women in this era in search of reconciliation and insisted on the importance of education and of reclaiming their culture. “One person in the family can bring about change,” said Patricia, who believes in the power of education to break the cycle, to speak the truth and to grow.

Sheila, a teacher, believes teaching young people is part of the solution. “We have to teach them to be proud of their values, of their heritage,” she says, even though she herself learned about her culture from her non-Native mother. Of decolonization, both participants believe it is important to “recognize and understand what happened with colonization and residential schools, and all that was lost by Indigenous people starting with the ability to raise their children.” 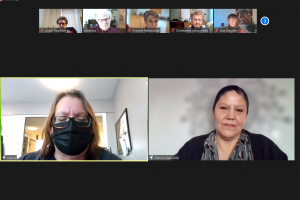 Discovering and learning about their roots is a difficult road for Indigenous people. Both participants also lament the loss of Indigenous women’s history and the impacts of colonization that are still tangible in their communities. Listening to Indigenous voices at our table, moving forward with an open mind and compassion, these are good ways to work towards decolonization, they said.

You can also watch the video of the conference below.