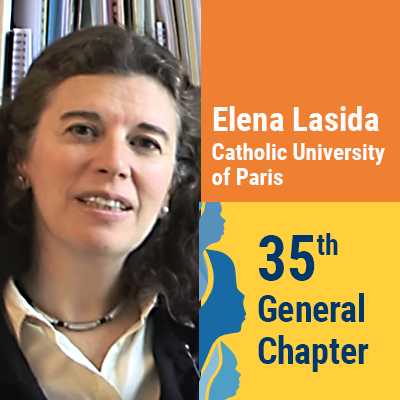 Elena Lasida’s remarks, during her presentation to the 35th General Chapter of the Sisters of the Holy Names of Jesus and Mary (SNJM), resonated with her audience on July 19, judging by the comments made afterwards.

The guest speaker presented her vision of the world in relation to the theme and orientations of the 35th General Chapter. After defining the concept of “Kairos” time as an opportune moment, she emphasized that there is a choice to be made, either to cling to the past or to invent the future. She then addressed the theme of “The Call of our Lives” by highlighting two ways of living: by continuity and by renewal.

Finally, she had the “genius”, as one participant put it, to build bridges between the four rules of Pope Francis and the four orientations of the Chapter.

Recalling the history of the Congregation, particularly in associating education with artistic and musical creation, Elena Lasida emphasized that the Congregation was well placed to use its long experience to help us rethink living together on our common home. 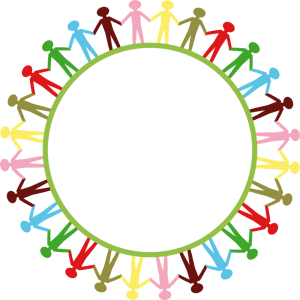 She concluded on an optimistic note by saying “through this world that is disappearing, you have the sensitivity to detect the seeds of the new life that calls.”

Elena Lasida is a professor at the Catholic Institute of Paris (ICP), a doctor in economic and social sciences, and director of the master’s degree “Solidarity Economy and Market Logic” at the Faculty of Social and Economic Sciences of the ICP. She has written several books including “Le Goût de l’autre : La Crise, une chance pour réinventer le lien“, she speaks regularly at conferences and participates as a researcher on social utility evaluation processes.