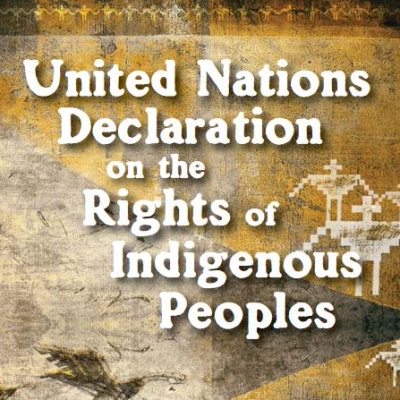 Bill C-15 was finally approved by the Senate of Canada by a count of 61-10 with nine abstentions on June 16, just days before the International Day of the World’s Indigenous People. An extensive advocacy campaign had been underway since the bill passed through the House of Commons in December 2020. Several faith-based organizations, including the Sisters of the Holy Names of Jesus and Mary (SNJM), had joined in supporting its passage through the Senate.

The purpose of Bill C-15 (An Act respecting the United Nations Declaration on the Rights of Indigenous Peoples – UNDRIP) is to harmonize federal legislation with the UNDRIP. “This legislation will require the Government of Canada to examine federal laws, policies and practices and to take all measures, in consultation and cooperation with Indigenous Peoples, to ensure consistency with the Declaration. It provides the foundation for transformational change in Canada’s relationships with Indigenous Peoples”, said David Lametti, Minister of Justice and Attorney General of Canada, and Carolyn Bennett, Minister of Crown-Aboriginal Relations, in a joint statement following its passage through the Senate.

For Viviane Michel, President of Quebec Native Women (QNW), the work is not over yet. She is concerned about the length of time it will take to review and standardize Canadian laws to comply with the UNDRIP. “In the meantime, Canada’s Aboriginal peoples, and more specifically Aboriginal women, are still not being treated on an equal footing with all Canadians. ”

Ms. Michel reminds us that “Aboriginal women are victims of double discrimination compared to Aboriginal men in many aspects of their lives. They must not be forgotten in all aspects of the implementation of the UNDRIP. ”It is in this context that she is calling on governments to undertake a genuine consultation with Aboriginal nations in order to be in tune with their realities.