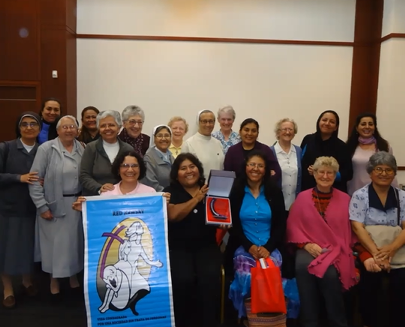 The Sisters of the Holy Names of Jesus and Mary (SNJM) are still as committed as ever to stopping human trafficking. Sr. Joanne Pundyk (Brazil) and Sr. Ana Maria Vilca Mamani (Peru) confirmed this with the testimonies they presented during the virtual meeting of the SNJM Justice and Peace Committee of Quebec this past February 1st. 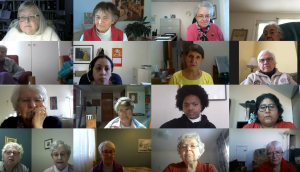 These two Sisters are active in their national networks working to combat human trafficking and sexual abuse. This phenomenon, also known as “modern slavery”, mainly affects women and girls who are moved around from area to area or even into other countries.

While Brazil made significant progress until 2015 with the implementation of three anti-trafficking action plans, nothing has changed since the election of the current government. Widespread corruption allows sensitive information to flow to traffickers who then constantly get away with trafficking. “There are very few cases of trafficking that reach the courts,” says Sr. Joanne Pundyk, who emphasizes above all the close cooperation between the federal police and international authorities. 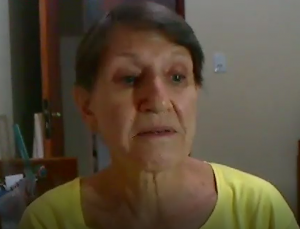 Sr. Joanne, one of the seven founding members of the national “A Cry for Life” network created in 2007, points out that Brazil is a “sending country as well as a country of transit”. Although official statistics are not kept on this subject, it is estimated that at least 10,000 women and girls are trafficked in Brazil every year. The majority of the victims come from the north and northeast of the country, where poverty and tourism exist. As well, other women and girls are brought in, mainly from Bolivia and Peru.

The national network set up by the Brazilian Conference of Women Religious is comprised of both Sisters and lay people. It is composed of 24 active core groups in 26 states of the country. The efforts of all members of the Network are focused on education and prevention in order to eliminate the problem of trafficking at its source.

In addition to monthly and annual meetings to share knowledge and experiences, the members receive ongoing formation regarding this subject in order to help them in the preparation of educational and awareness materials. Distribution is carried out among teachers, health professionals, public sector employees, parishes and other civil society organizations. More targeted actions are carried out with taxi drivers and hotel staff. “The response from taxi drivers is good. Some even thank us for opening their eyes to this problem of which they were unaware,” says Sr Joanne.

Awareness is also increasing through social media, especially in this time of pandemic when direct action on the ground is more difficult. Sharing between network members is now being done virtually. “We always end our meetings with a moment of prayer and song to give us the strength and courage to continue our hard work,” says Sr. Joanne, who, along with another person, founded the core group in Macei, a city located in one of the most popular tourist regions.  During five years, she assumed responsibility as coordinator of this group with which she is still actively involved.

Peru and Brazil share the same cultural attitude towards women who are perceived as objects that can be sold and bought. “People think women have asked for it when we raise the issue of trafficking,” admits Sr. Ana Maria Vilca Mamani, president of the Red Kawsay National Network against Trafficking in Persons. This network, founded in 2015, works closely with similar networks in Argentina, Paraguay and Uruguay.

The Peruvian Network is supported by 33 religious Congregations with the participation of 44 active Sisters. Red Kawsay  works on four fronts: representation | awareness and prevention | reception of trafficked persons | advocacy and collaborative work.

The findings are equally worrisome in Peru, where there is an upsurge in cases with a tendency to recruit younger and younger women and girls. The meager statistics available reveal that 81% of victims of trafficking in Peru are women and that 40% of  victims are between the ages of 12 and 17.

60% of victims of trafficking are caught in the vicious circle of prostitution, while 35% are caught in forced labor. Various other situations account for the last 5%. Unsurprisingly, we discover that there is a concentration of cases in Lima, the capital of the country, a city with a population of 12 million people. The jungle, with the increased presence of mine workers, is another major hub. 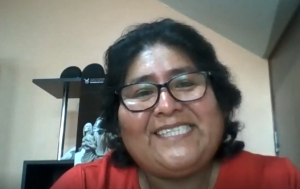 Sr. Ana Maria gladly reports that “between June 2020 and February 2021, there were 31 operations which succeeded in freeing 437 trafficked people.” Despite this success, the fight is difficult. Peruvian laws require concrete evidence at every step in the judicial process. Added to this is corruption, which, as in Brazil, allows traffickers to obtain inside information. It is therefore extremely difficult to convict the leaders of human trafficking.

The situation is not any easier when it comes to helping victims of trafficking escape from the grip of traffickers. Both Sisters Joanne and Ana Maria affirm that “victims remain traumatized for life.” Ana Maria deplores the lack of state support for resources to enable victims to learn again how to live a normal life. Minimum budgets mainly ensure the presence of six host communities with very few services.

At the same time, victims can also count on a few additional houses run by Religious Congregations. These congregations pay the majority of the expenses with minimal support from the local government or the ministry.

As in Brazil, the Red Kawsay Network focuses its energy on prevention and education in order to counter the “seductive” messages of traffickers. The task of reaching the most vulnerable people, including the case of refugee women from Venezuela (one million refugees) who find themselves increasingly in the line of fire of traffickers, is becoming more complex.

Network members distribute awareness materials wherever possible, including directly to homes.  In an effort to better respond to the differing realities, people from Red Kawsay have visited several places around the mines in the jungle in order to find the best ways to help these people.

As coordinator of the Red Kawsay Network, Sr. Ana Maria participates in the meetings of her local, national and international group.

In short, 18 years after the adoption of their corporate stand against human trafficking (2004), there are SNJMs who continue the fight with others around the world, including those in Quebec (with CATHII which was created 16 years ago) and in the United States.