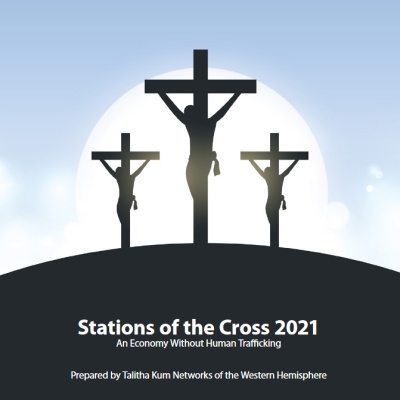 In preparing for Good Friday, the Talitha Kum Networks of the Western Hemisphere launched a special project, Stations of the Cross 2021: An Economy without Human Trafficking.

As the only representative of Canada and of the French language within this group of 15 networks, the Action Committee against Internal and International Human Trafficking (CATHII) participated in this initiative by taking responsibility for planning one of the stations. On behalf of this organization, Sr. Lise Gagnon, SNJM, and Ms. Renaude Grégoire prepared the reflection text for the 14th station,  “Jesus is placed in the tomb”. 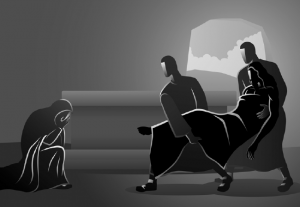 (Source: Talitha Kum Networks of the Western Hemisphere | Stations of the Cross 2021)

The reflection texts for all the stations are available in the four languages generally used in the Talitha Kum Networks of the Western Hemisphere: French, English, Portuguese and Español.

This Way of the Cross is the second major activity sponsored by the network of Talitha Kum networks since the beginning of the year. It brings together 44 networks against human trafficking throughout the world. The project is a follow-up to the 24-hour prayer marathon that was orchestrated by the organization in Rome and held worldwide on February 8, 2021.

The Talitha Kum Networks of the Western Hemisphere encompass Canada, the United States, Brazil and 12 other countries in Latin America, all working together against human trafficking. The 15 networks meet virtually every month in order to share experiences and create resources.

In conclusion, it should be noted that the Sisters of the Holy Names of Jesus and Mary (SNJM) were very involved in this project by translating the texts of the Stations of the Cross into French, as well as by working with CATHII on the French text for the 14th  station and ensuring its translation into English. Thank you to SNJM Sisters Simone Perras, Jacqueline Aubry, and Beverley Wattling, and to Josée Desrosiers, an SNJM coopérante, for their remarkable work!