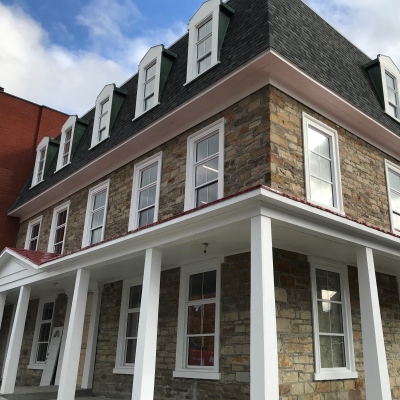 The Ellice Manor renovation project led by Maison des enfants Marie-Rose is now complete. The organization was able to complete this major project on this historic building ($1.4M) without incurring any debt. Although the site has become “the most beautiful place in Beauharnois” today, the inside still needs to be furnished.” It’s a very beautiful but empty shell,” says Janine Lefebvre, Co-Executive Director and co-founder of the organization.

As soon as equipment is acquired or donated, those in charge will take care of outfitting the various spaces, from the kitchen to the concert hall. “Among other things, we are looking for equipment and materials for the art and painting rooms, as well as benches and chairs and equipment for our Community bakery aptly named, “Le pain des enfants” (The Children’s Bread)” says Ms. Lefebvre.

Health regulations during this time of pandemic impose restrictions regarding an official launching ceremony, open to the public. Despite the desire to quickly share this good news with local children and families, Janine Lefebvre admits that it gives them a little more time to devote to furnishing the Manoir and planning its new programs.

A multidisciplinary cultural space for the entire population 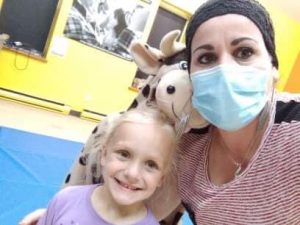 This time is all the more valuable as she is eager to create a spark of magic during this first contact with the public. “We have always wanted to renovate this 1852 seigniorial building so as to transform it into a place of culture for the children, families and citizens of Beauharnois and the region. We want to offer a cultural space accessible to the entire population. The stones of the manor, a prior residence for SNJM Sisters for ten years, are imbued with the Sisters’ prayers which have blessed us.”

With the renovation of Manoir Ellice, Maison des enfants will be able to provide soundproof rooms, areas adapted to offer help with homework, a multi-purpose room, rental rooms and a cultural café as well as The Children’s Bread” bakery. The expansion of the premises will also enable a doubling in capacity to meet the high demand for cultural activities for children aged 5 to 12 and their families.

The director also wants to create a memorial space to pay tribute to the foundress of the Sisters of the Holy Names of Jesus and Mary (SNJM). The Congregation, assumed a major role in the education of young people in our community for 173 years.

An approach that gives results

The organization is distinguished by its philosophy based on building through art and music. The approach of learning arts and music accompanies the child in a non-competitive and non-violent creative process that fosters self-esteem.

Social workers and educators stimulate the child’s development in order to lead him/her to success. Of note, three of the children in the 2007-2008 initial cohort are currently completing their university studies. Among the organization’s other objectives, the development of a taste for the arts and the encouragement of respect for others and for differences are among the most important. 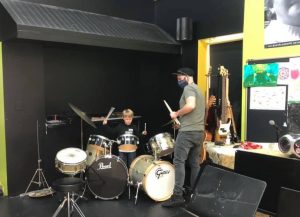 The realization of this somewhat “crazy” project of renovating Manoir Ellice to give it a new mission is the result of great tenacity on the part of the management team of Maison des enfants Marie-Rose composed of Janine Lefebvre and Rodolphe Demers as well as the Board of Directors who are very committed to the children’s cause.