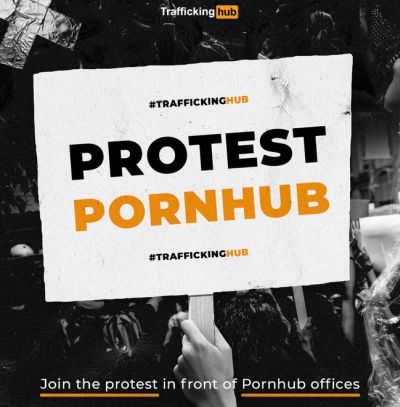 As part of the International Day of Non-Violence, an international event will be held in several major cities, including Montreal and Los Angeles, on October 2, from 11:00 a.m. to 2:00 p.m. The demonstration aims to demand that the Pornhub/MindGeek website “be shut down for allegedly permitting and profiting from the sexual trafficking and rape of women and children. »

To learn more about this international event where physical distancing measures will be implemented, visit the site.

Find out the full story of this campaign and a way to sign the petition still in progress by visiting the site available in several languages: English | French | Español | Portuguese