Report on SNJM actions in times of pandemic 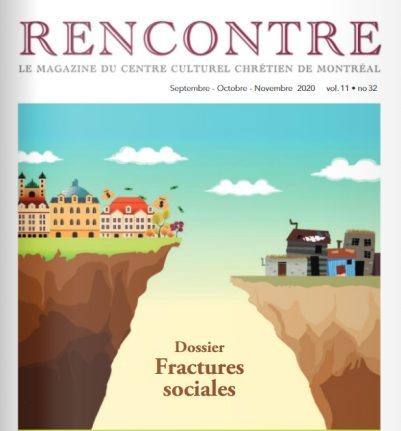 In its most recent issue, Rencontre magazine, published in French, by the  Centre culturel chrétien de Montréal (Christian Cultural Centre of Montreal) reminds us that the pandemic affects everyone, but not in the same way everywhere. Rather, it reveals social inequalities, a theme that this issue addresses from various angles.

Among other things, it speaks about human rights, the importance of prioritizing the effect on those living in poverty and the roots of social inequality in Brazil. One of the articles portrays the actions undertaken by some Sisters of the Holy Names of Jesus and Mary (SNJM) around the world.

Without wanting to be exhaustive, this text highlights difficult and very worrying realities, lived out daily by Sisters in Brazil, Peru, the United States and Canada.  There are testimonies of Sisters committed to families and vulnerable people. It also deals with the phenomena of violence and human trafficking.

You can view the entire publication by clicking here. In French only.

You can print the article on SNJM actions, available in PDF format here.