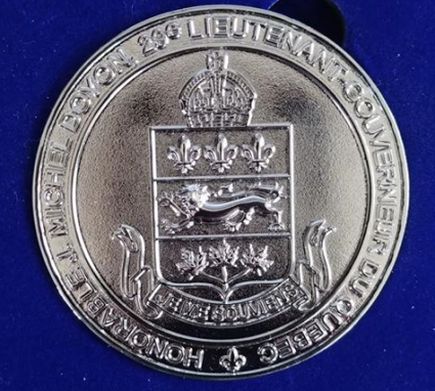 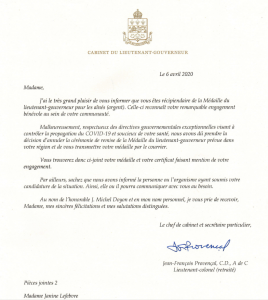 Founder of Maison des enfants Marie-Rose in Beauharnois in 2007, Janine Lefebvre, an SNJM Associate, received the Lieutenant Governor’s Senior’s Medal. Due to the COVID-19 pandemic, it arrived by mail. “This gift brightened up my Easter!” exclaimed the recipient, who was not expecting this honour.

In a letter addressed to the Lieutenant Governor, Janine Lefebvre states at the outset, “I share this medal with the most impoverished children in our region. Throughout the years, they have attended Maison des enfants Marie-Rose, participating in arts, music, theatre, gardening and healthy cooking. Their enthusiasm has not lessened. May this honour be a reflection of our children and bring them into focus so that more people will devote themselves to the children. Their resilience is remarkable and they deserve our solidarity in a world where selfishness and egocentricity are cardinal values.”

She also underlines the fact that she shares this honour with all the animators, volunteers, trainees and other people involved in this adventure which aims, through arts and culture, to promote the development and achievement of young people aged three to twelve.

In her message, Janine denounces the neglect of children that she has observed since the creation of this Centre 13 years ago. “Some are suspended from school without a parent at home, others do not have enough to eat or experience violence and abuse of all kinds in silence, while a few, even those followed by the DPJ (Department of Youth Protection), are left to fend for themselves…”. 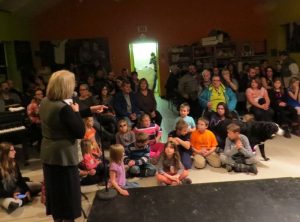 She went on to express the hope that this recognition could be extended to the work of Maison des enfants Marie-Rose in order to encourage greater openness and commitment on the part of existing institutions and volunteers.

Concerned about the consequences of COVID-19 on impoverished populations, Janine Lefebvre, despite being 70 years old, admits that she is looking forward to being able to return to work again with the team.  “We will be waiting with open arms to welcome the children.”

While affirming that “the care of our children at Maison des enfants Marie-Rose has become a ministry for me,” she hopes that this recognition will also have positive repercussions for the municipality of Beauharnois which initiated the process for the reception of the Lieutenant-Governor’s medal. 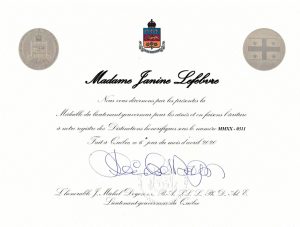 To learn more about the work and nature of the commitments assumed by Janine Lefebvre, read the nomination letter prepared by the mayor of Beauharnois. The letter highlights the support of the Sisters of the Holy Names of Jesus and Mary (SNJM). (Nomination letter in French only)