ARDF Meeting: Spotlight on the 2020 World March of Women 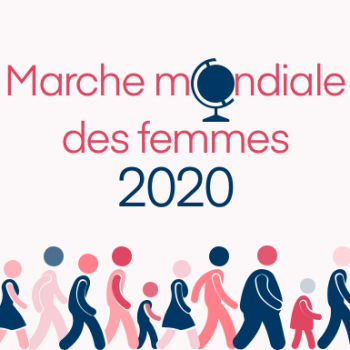 Preparations for the World March of Women (MMF) in the fall of 2020 were at the heart of the meeting of the Association of Women Religious for Women’s Rights (ARDF), held in Montreal on November 30. The thirty people present appreciated the two presentations by the speaker, Marie-France Benoît, who is an active participant in the International Coordination of the World March of Women.

“I would not have wanted to miss the testimony of this woman who has been involved since the very beginning of the World March of Women (MMF) in 1998,” said Sr Claudette Bastien, SNJM. “She was eloquent in her articulation of what is problematic in the lives of women: poverty, violence, food insecurity, an environment destroyed by climate change, discrimination against immigrant women, etc. “, she added.

From Bilbao to Montreal, women are preparing for the March

During these dynamic and very energizing meetings which assemble 130 people each representing their respective country, Ms. Benoît has had the opportunity to take the pulse of the international situation with its rise of the right, populism, wars, the environment and violence done to women. She also underlined how the “Me Too” movement is being experienced in several regions of the world while freeing the voices of women to name the violence they fall prey to.

Main lines of action for the 2020 MMF were adopted following the Coordination meeting, held in Bilbao, in the Basque country of Spain. The speaker thus confirmed the launch of the activities of this new edition on March 8 with an expected conclusion on October 17, 2020. The theme of the new edition of the MMF has not yet been officially confirmed. It would read: “We resist in order to live … we walk in order to transform.” 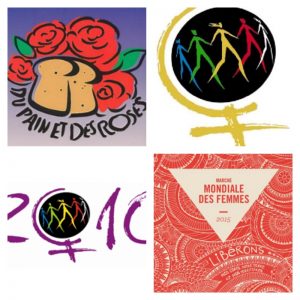 The 5 Goals for Quebec

Ms. Benoît’s second presentation focused more on the work of the Quebec Coordinating Team for the World March of Women (CQMMF), made up of 38 national and regional women’s groups. She spoke of the consultation process and especially of the claims and statements which are not yet final, but which set the tone for each of the goals selected:

This was followed by workshop exercises where participants shared on “how to get involved personally and in the community to support the proposed claims.” Even if this second part was too short for their taste, it was fruitful in suggesting a diversity of courses of action, including the following:

“Ms. Benoît’s presentations really prepared us to reflect on the various areas of demands of the World March of Women,” said Sr. Constance Létourneau, SNJM. “This ARDF training day was very enriching and stimulating. Ms. Benoît inspired me to persevere and to continue my involvement with the group. “

The presentation of a short quiz on the World March of Women perfectly completed the program for this day. It brought back many memories for those who participated in one or other of the various marches including that of Bread and Roses in 1995, which was the source of inspiration for this World March of Women. “It was so good to answer this quiz… The memories were delightful! Stimulating! Motivating! ” exclaimed Sr. Lise Gagnon, SNJM.

Sr. Lise Gagnon also appreciated getting acquainted with the details from the discussions held as part of the preparatory meetings for the World Marches held in Brazil, Peru, the Philippines, New Delhi, Rwanda, Mozambique, Congo and Spain (Bilbao). “I enjoyed discovering the evolution of groups of women in facing the importance of respecting cultures, interculturality, sensitive situations like excision and homosexuality lived with a lot of diversity according to cultures…  learning how to respond with respect, reflection and solidarity among women? “

In light of the successive events of violence experienced in Quebec in recent months with the deaths of several mothers and the moratorium imposed by Development and Peace for aid provided to several organizations including Fanm Deside (“Resolute Women” in Creole) in Haiti, those present at the ARDF meeting were more motivated than ever to continue. “… Because the road to women’s liberation is still long! “