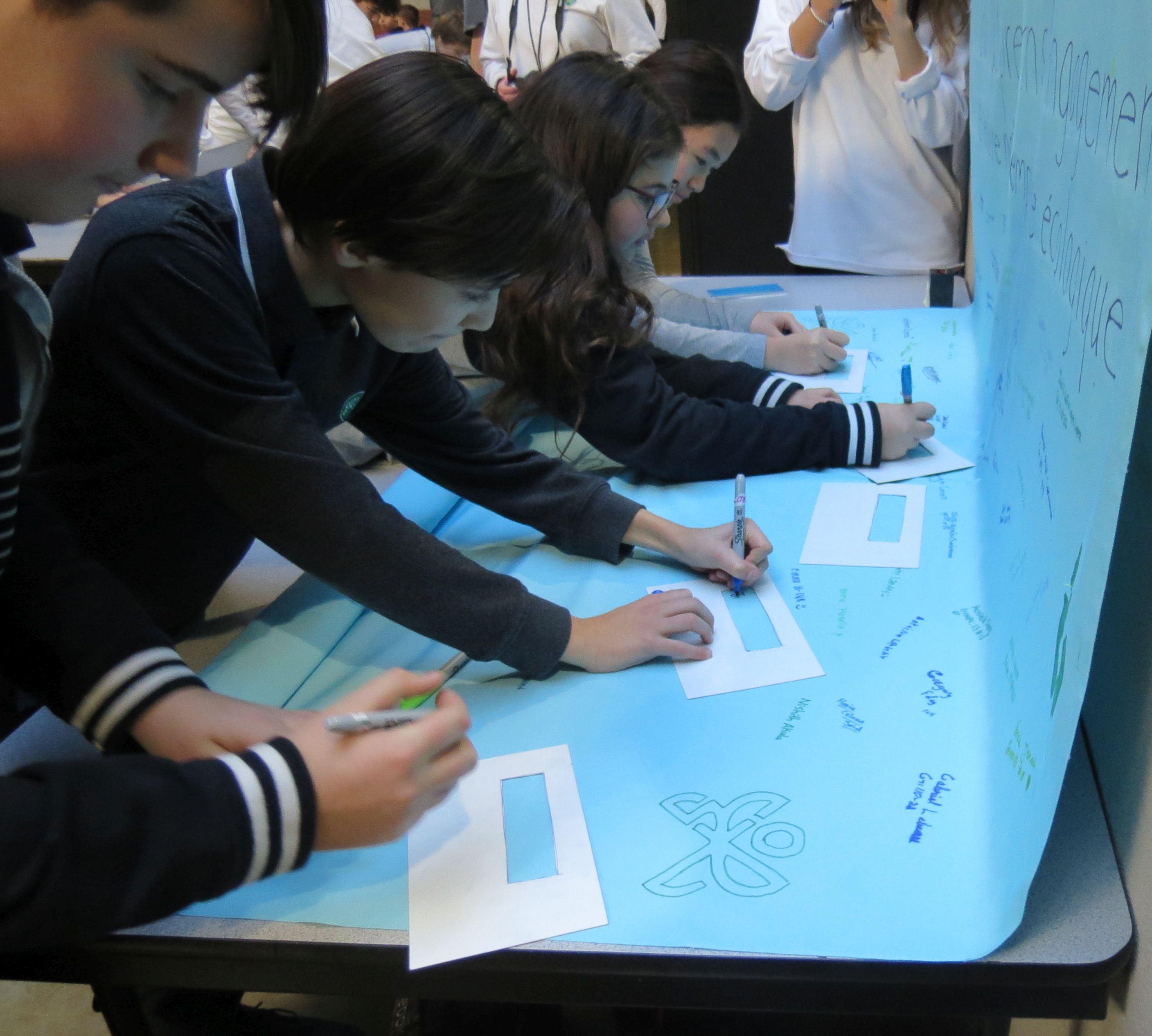 The first project was an invitation to sign the ecological “Transition Pact”, initiated by Dominic Champagne, a stage director. Committee members sensitized students and staff who responded in great numbers.

Secondary 3, 4 and 5 students were permitted to sign the online petition. Those in Secondary 1 and 2 showed their commitment by signing their names on banners prepared by the committee. The campaign also served as a reminder of the importance of small daily actions in order to preserve our planet.

The second project developed by the committee was made possible because of the spirit of openness and collaboration of the food services. The committee proposed a reduction in the school’s ecological footprint and the company, Laberge Food Service, participated by agreeing to withdraw the following items from the cafeteria as of February 4, 2019:

The 100% Green Committee has been in existence for more than 20 years at Collège Durocher-Saint-Lambert. Throughout all these years, the members of the committee have raised the consciousness of students and staff to the importance of taking concrete action to safeguard the planet. They offered regular awareness campaigns and initiated several on-going actions, such as recycling and composting.